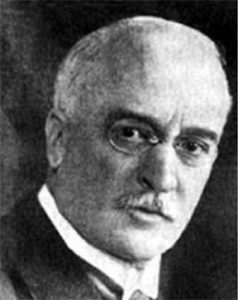 Developed in the 1890s by inventor Rudolph Diesel, the diesel engine has become the engine of choice for power, reliability, and high fuel economy, worldwide. Early experimenters on vegetable oil fuels included the French government and Dr. Diesel himself, who envisioned that pure vegetable oils could power early diesel engines for agriculture in remote areas of the world, where petroleum was not available at the time. Modern biodiesel fuel, which is made by converting vegetable oils into compounds called fatty acid methyl esters, has its roots in research conducted in the 1930s in Belgium, but today’s biodiesel industry was not established in Europe until the late 1980s.

The diesel engine was developed out of a desire to improve upon inefficient, cumbersome and sometimes dangerous steam engines of the late 1800s. The diesel engine works on the principal of compression ignition, in which fuel is injected into the engine’s cylinder after air has been compressed to a high pressure and temperature. As the fuel enters the cylinder it self-ignites and burns rapidly, forcing the piston back down and converting the chemical energy in the fuel into mechanical energy. Dr. Rudolph Diesel, for which the engine is named, holds the first patent for the compression ignition engine, issued in 1893. Diesel became known worldwide for his innovative engine which could use a variety of fuels.

The early diesel engines had complex injection systems and were designed to run on many different fuels, from kerosene to coal dust. It was only a matter of time before someone recognized that, because of their high energy content, vegetable oils would make excellent fuel. The first public demonstration of vegetable oil based diesel fuel was at the 1900 World’s Fair, when the French government commissioned the Otto company to build a diesel engine to run on peanut oil. The French government was interested in vegetable oils as a domestic fuel for their African colonies. Rudolph Diesel later did extensive work on vegetable oil fuels and became a leading proponent of such a concept, believing that farmers could benefit from providing their own fuel. However, it would take almost a century before such an idea became a widespread reality. Shortly after Dr. Diesel’s death in 1913 petroleum became widely available in a variety of forms, including the class of fuel we know today as “diesel fuel”. With petroleum being available and cheap, the diesel engine design was changed to match the properties of petroleum diesel fuel. The result was an engine which was fuel efficient and very powerful. For the next 80 years diesel engines would become the industry standard where power, economy and reliability are required.

Due to the widespread availability and low cost of petroleum diesel fuel, vegetable oil-based fuels gained little attention, except in times of high oil prices and shortages. World War II and the oil crises of the 1970’s saw brief interest in using vegetable oils to fuel diesel engines. Unfortunately, the newer diesel engine designs could not run on traditional vegetable oils, due to the much higher viscosity of vegetable oil compared to petroleum diesel fuel. A way was needed to lower the viscosity of vegetable oils to a point where they could be burned properly in the diesel engine. Many methods have been proposed to perform this task, including pyrolysis, blending with solvents, and even emulsifying the fuel with water or alcohols, none of which have provided a suitable solution. It was a Belgian inventor in 1937 who first proposed using transesterification to convert vegetable oils into fatty acid alkyl esters and use them as a diesel fuel replacement. The process of transesterification converts vegetable oil into three smaller molecules which are much less viscous and easy to burn in a diesel engine. The transesterification reaction is the basis for the production of modern biodiesel, which is the trade name for fatty acid methyl esters. In the early 1980s concerns over the environment, energy security, and agricultural overproduction once again brought the use of vegetable oils to the forefront, this time with transesterification as the preferred method of producing such fuel replacements.

Pioneering work in Europe and South Africa by researchers such as Martin Mittelbach furthered development of the biodiesel fuel industry in the early 1990s, with the U.S. industry coming on more slowly, due to lower prices for petroleum diesel. Pacific Biodiesel became one of the first biodiesel plants in the United States in 1996, establishing a biodiesel production operation to recycle used cooking oil into biodiesel on the island Maui in Hawaii. The biodiesel industry became a household name in the U.S. after the terrorist attacks of 9/11/2001 resulted in historically high oil prices and an increased awareness of energy security. As of 2005, worldwide biodiesel production had reached 1.1 billion gallons, with most fuel being produced in the European Union, although biodiesel projects worldwide have been on the rise due to rising crude oil prices and concerns over global warming.

The Future of Biodiesel Fuel

Due to its clean emissions profile, ease of use, and many other benefits, biodiesel is quickly becoming one of the fastest growing alternative fuels in the world. With minimal subsidy biodiesel is cost competitive with petroleum diesel, and millions of users have found and enjoyed the benefits of the fuel. The future of biodiesel lies in the world’s ability to produce renewable feedstocks such as vegetable oils and fats to keep the cost of biodiesel competitive with petroleum, without supplanting land necessary for food production, or destroying natural ecosystems in the process. Creating biodiesel in a sustainable manner, will allow this clean, renewable, and cost effective fuel to help ease the world through increasing shortages of petroleum, while providing economic and environmental benefits well into the 21st century. 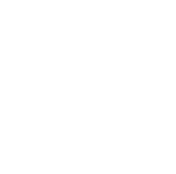 BIODIESEL
OUR PRODUCTS
CONTACT US
Social Networks
Develop & Design By